How Underwater Fishing Cameras Can Save The Day And Help Catch Fish!

On a day where there was a good spell forecasted, Micheal and I decided to have a crack out deep for some early beasts. The tides were obviously big but it was worth a try to see what we could catch during the few hours when the tide wasn't so strong.
So out we went, but not only was the breeze a lot more than the forecast, we could also see a huge swell running where we wanted to fish. So we anchored up and fished for bait and whatever else was about.

It was quiet where we were trying, so we decided to try a spot which I believed to be a steep rise on the edge of a reef. So I hauled anchor and dropped on the mark, some 3/4 of a mile from where we were. This mark was 105 ft deep so I was hopeful of some spurdogs and all the usual hard ground species. Though like the other mark, it was very quiet and with a bitter cold breeze holding us across the tide, it was far from pleasant out there.

As I mentioned above, it was not nice out there, so I thought I would try my underwater fishing camera to see what was knocking around down there. I put 6ft of line from my GoFish Cam to an 8 oz ball lead with a small coalie flapper about 2 ft off the bottom to see what I could attract into the view of the camera.

The idea of this was that I'd give it ten minutes, take it up, and since the GoFish Cam has WIFI I could connect to my phone to see what was down there once I reeled in. Now remember, I thought I was on a reef, and on the `Navionics charts the nearest symbol to it marked rock, I was sure I was fishing a reef. The pink circle is where we fished and the yellow circle is marking the nearest bottom type. R means rock so we were surprised what would soon happen. 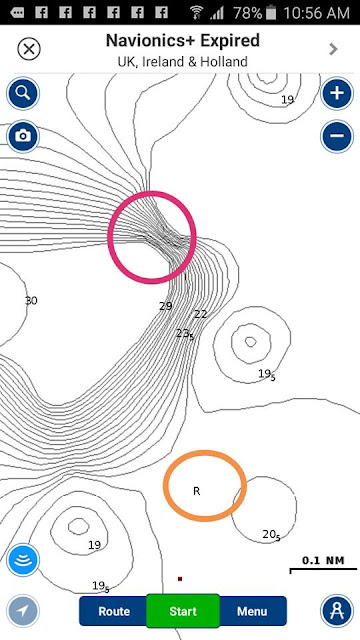 Well when the fishing camera came up, and when I checked the camera we were on pure clean sand although I could clearly see a few decent flat fish attacking the collie.

With that, I changed my rigs more suitable for flatfish and I was instantly catching dabs, I had a decent few in a short time. I didn't notice at that time that one of the better dabs on the GoFish Cam had a distinctive piece out of his side fin I had actually caught. 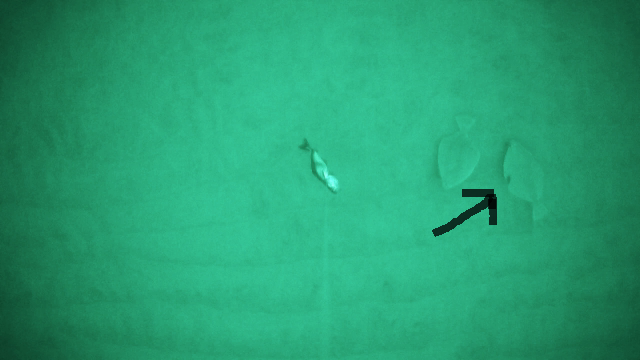 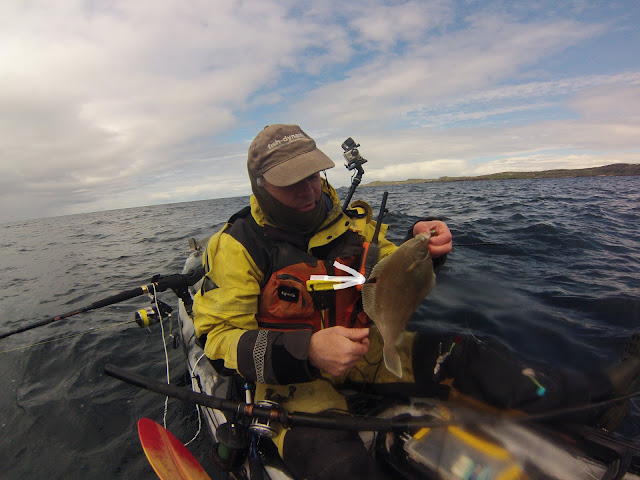 Intel for the next time

With conditions not calming down, or warming up, we decided to cut our session short as we had an early session planned for the next day. So in we went, with some new knowledge of a mark that could be very fruitful in the warmer months. There is bound to be some nice rays and possibly an odd turbot on it later in the year.
Sourced from: donegalkayaker